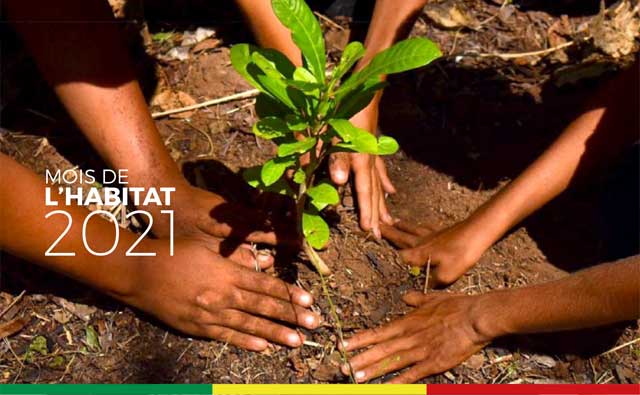 The United Nations designated the first Monday of October of every year as World Habitat Day to reflect on the state of our habitats, and on the basic right of all to adequate shelter. The Day is also intended to remind the world that we all have the power and the responsibility to shape the future of our cities and towns.

The theme for this year’s World Habitat Day is Accelerating urban action for a carbon-free world. The theme recognizes that cities are responsible for some 70 percent of global carbon dioxide emissions with transport, buildings, energy, and waste management accounting for the bulk of urban greenhouse gas emissions. World Habitat Day will amplify the global Race to Zero Campaign and encourage local governments to develop actionable zero-carbon plans in the run up to the international climate change summit COP26 in November 2021. This is especially important as cities and towns are expected to add another 2.5 billion people over the next 30 years, according to the UN Department of Economic and Social Affairs, raising the proportion of people in urban areas from 55% today to almost 70% in 2050.