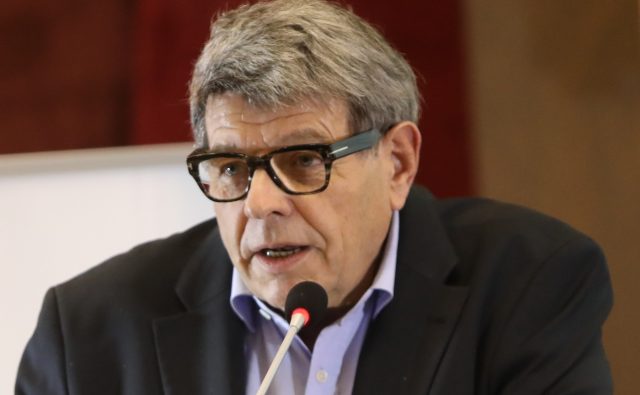 This day of debates and exchanges has covered the entire value chain on tourism and hotel real estate operations in Africa. Five round tables were punctuated by networking moments.

About the Conference of Yves Dumont (CEO of Gassim)

Hereafter the conference of Yves Dumont

In this period of the football world cup I want to tell you that to succeed in a construction project is like winning a football match: we need a project team

Today we have composed our team as follows with:

I think you’re going to ask me what my role is in this football club?  Gassim is the coach, the manager, the Jose Mourinho, the Pep Guardiola of the project; we are the project manager, the project director who chooses the team according to the objectives fixed by the Club’s president, the owner

In this presentation there are only 3 players which is the minimum, but we have projects with 53 players like American football.

These various parties include

The question that all building owners must answer:  What is the best execution strategy?

It all depends on the context of the objectives and potential parties. I tend to say that every formula requires professionalism and that the risks must be borne by the people who know them.

If the primary objective is quality, the choice will be directed towards trade contractors and unit rates.

If the primary objective is the budget, the choice will be design & construction and a fixed price

The choice of the formula “general contractor” is possible with a design team trained to establish the construction design (execution design)).

The EPC formula is only possible in the context where a hotel operator has   detailed brand standards.

Too often project owners concentrate their efforts on the costs and forget the risks, even if the risks represent 10 times the cost’s savings, time risk with financial charges. In Africa more than 60% of budget overruns are due directly or indirectly to the project owner who does not have the necessary funding, has underestimated the budget, is behind in his payments or in his decision-making, who has chosen the lowest bidder and not the best bidder, who does not surround himself with the right project team.

The worst formula in terms of cost is when the client wants to play the role of the general contractor acting as a buyer and a builder with a multitude of companies.